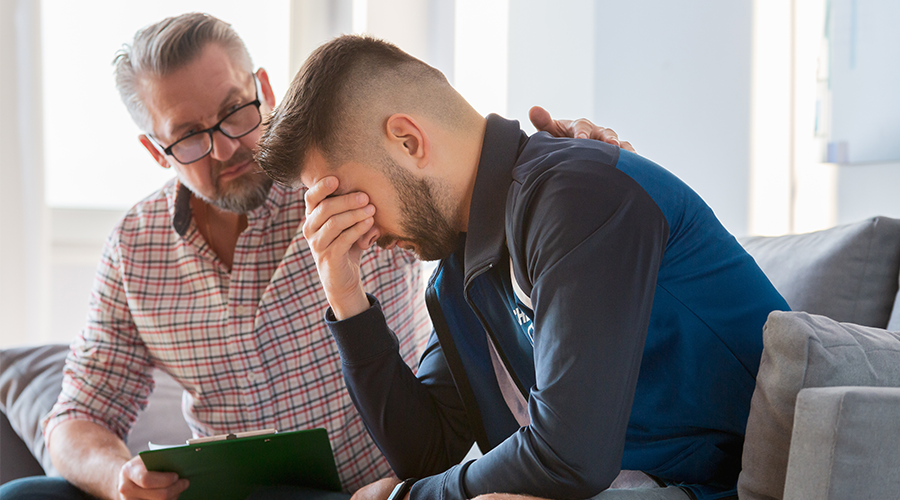 Back in our Fall 2016 edition, I had the honor to write about Adam Keys and Jessica Buchanan. Just to do a quick recap, Adam was involved in a roadside blast while serving in Afghanistan, which caused him to lose both his legs and his left hand. The attack killed everyone else, including Jesse Reed, one of Adam’s best friends. What Adam has accomplished after this is just amazing. Adam has performed as a stand-up comedian and a public speaker, competing in marathons, raising awareness for Veterans through his One Step Forward organization, and has even climbed Mount Kilimanjaro.

Jessica Buchanan teacher by trade, was kidnapped in Somalia and held captive for 93 days in the desert. Her husband, Erik Landemalm, worked behind the scenes to deal with her captors and to keep their family together until Seal Team Six was able to rescue her.   They wrote an amazing book about the ordeal, Impossible Odds.  Jessica has stayed extremely busy with her own public speaking, including her TedX Pearl Speech, Change Is Your Proof of Life, and raising awareness for organizations such as Hostage Us and the Navy Seals Foundation.

It was absolutely my pleasure to introduce these amazing people to each other over dinner one night while on business in the DC area. I vividly remember watching the connection between them, different stories of tragedy, but the correlation was the same. I thought, wow when you can turn so much tragedy into something positive, that’s when it means the most. Little did I know that I would truly understand that.

In May 2021, our family’s life would be changed forever. My son, Dominic, began feeling under the weather, but with one of the hardest working mentalities I have ever seen, he tried to battle through and just keep working. As things progressed, he found himself in the emergency room. Doctors’ first thoughts were COVID and possibly an ulcer. After a bunch of tests, the diagnosis of Stage 3 Testicular Cancer was one of the last things we were thinking. Dominic’s mind immediately went to ok, let’s get to work and beat this thing. It was absolutely the worst time in our lives but also one of the most inspirational. There would be good and bad days to come, but he fought until the end. One of the most unselfish acts I have ever experienced was coming. During COVID, we were extremely limited to visitation. My shift was in the early morning. I got a text from Dominic before heading out, “Dad, I know what I want to do with my life when I beat this thing and get out of the hospital. I want to find a way to help others and their families going through this. Encourage people to get early and often check-ups and be a motivation to those going through this journey.” I thought we would spend the morning developing ideas and putting a plan in place. That text meant, Dad, I stayed up all night, developing, designing, and registering the organization. This was truly Dominic’s nature; even when he was fighting for his life, he was thinking about how he could help others. On June 14th, 2021, we lost Dominic, so we are taking over what he started.

Do It For Dom-Focus Foundation will work to raise awareness, not just for Testicular Cancer but for all Cancers and the need for regular medical care for early detection. The foundation will also run a Grant Program concentrating on the Greater Lehigh Valley area to assist those families with financial support while going through these difficult times. Finally, the foundation will donate to cancer research and services in the hopes that one day, another family doesn’t have to go through this.

On June 12th, 2022, we held the inaugural Do It For Dom Music Festival. This event was just right, as music was such a big part of Dominic’s life. We had 15 amazing acts for almost 350 people in attendance and raised over $10,000 that day alone. We have now made donations to the Pediatric Cancer Foundation of the Lehigh Valley and Star Treatments. We were blessed to have Star Treatments help us get the word out about our foundation and event through their media sources as we prepared for the music festival.

We are busy designing different events as we build up our signature music festival next year. Until then, As Dominic would say goodbye to those he knew for years or when he first met you, Love You and Appreciate You So Much!

Do It For Dom-Focus Foundation, Bridgeman Strategic Concepts & Network Magazine

Why should financial literacy become a critical curriculum...

The Economic Case for an Accurate Census Count

Give Until it Feels Good

From Devastation to Transformation: Amy Robach Reflects on...

Ms. Generous and Donor-Advised Funds in the Age...

Help Yourself By Helping Others

Generosity for a New Generation

How a Business Community Profits from a Healthy...