Where Do New Ideas Come From? 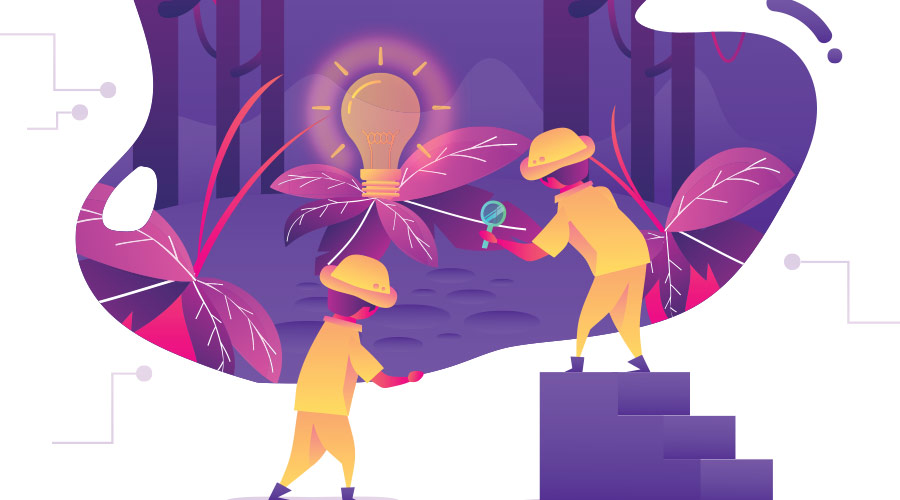 Among the changes the past year has brought upon us is the addition of face masks to the keys-phone-wallet check, most of us impulsively make when leaving the house. If you’re like me, you’ve tried a variety of masks to find one that effectively covers the mouth and nose, doesn’t fog the glasses, and is comfortable on the ears. I’ve tried disposable, reusable cloth ones, and even some with fun patterns or designs! Unsurprisingly, I also learned that some designs are better than others at not irritating my face.

I typically prefer using reusable masks to reduce waste whenever possible and add a little personality to this new fashion accessory. However, when I go with the disposables, I’ve found the N95 to be far more comfortable than their 50-to-a-pack flat blue pleated masks, especially for extended wear. It also happens that the story of the N95 respirator design is a great example of a very direct benefit from embracing diversity in the workplace and our lives.

The design of the N95 respirator was developed primarily in the 1950s and 60s. Men still dominated nearly all workplaces and the entire business world except for a small but ever-increasing number of bold women. One of those bold women was Sara Turnbull. As an example of Turnbull’s maverick nature in the 1950s, she started pointing out and asking why companies were creating products for the buyers (men) and not the end-users (housewives). It’s a common practice to get into without the right frame of mind. Companies will often cater to the person with the checkbook, forgetting that the one paying the bills might not even use the end product and therefore didn’t really care about its use.

Back in the 50s, the big company 3M took notice of Turnbull’s advocacy for products’ end-users. Sure, as a woman, she was hired for the stereotypical gift wrap, ribbons, and tape division of 3M. Still, with access to the new materials and manufacturing techniques being developed, she branched out. She ended up creating something very tailored to the end-user: a molded bra cup!

Using her personal experience, as well as her own creativity and ingenuity, she designed a product that 3M invested in. But not stopping there, she was also caring for three family members who were dying of various ailments. In helping with their care and various doctor visits, she saw doctors and nurses fumbling with the flat masks that needed to be tied, and a new idea was born. The cup-like shape of the molded bra, paired with elastic bands, would make a much more comfortable and form-fitting face mask! And while the material first used was not effective, Turnbull’s idea and design were the precursors for what was to become the N95 face mask that is now all too familiar to us.

That’s not her only contribution to our daily lives, though. She consulted with most of the prominent manufacturing companies and brands of the 20th century, including Coca-Cola, Corning, Procter & Gamble, multiple car companies, and NASA. She even contributed to the creation of CorningWare. In another great reuse of materials, the cookware that stands up so well to dramatic temperature changes was developed from a material originally used on missile cones.

Though today Sara’s story is mostly lost to history, the lesson is timeless. In a workplace dominated by men, a few companies began hiring women. They quickly benefited from the new ideas and perspectives brought along. Sara Turnbull used her “unique” experience of being a woman to design a product that should have always been designed for women. And her ingenuity allowed that design to be foundational for the N95 respirator that protects billions of people now.

Using this very specific example of seeing benefits gained by embracing a more diverse workforce should be evidence enough for all of us to expand and integrate that practice into our lives. Diversity is obviously so much more than gender, though.  As we’ve seen, new ideas come from new perspectives. The best way to get those new perspectives is to surround yourself not only with people of diverse gender, race, or sexual preference but also those who are different in background and ability. In these increasingly competitive markets, having the next new idea can be what makes your company survive.