Video to the Rescue: Getting your Message out During a Pandemic 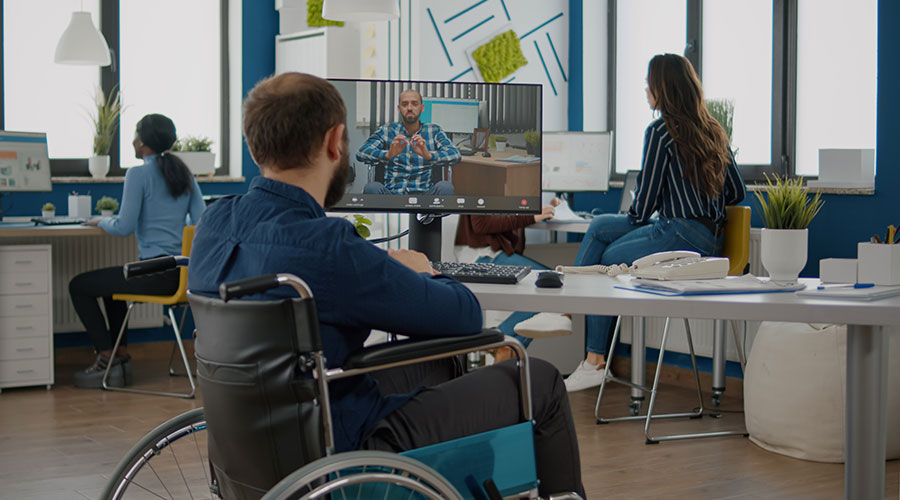 As the coronavirus pandemic closed down offices around the world, it also put a stop to in-person business gatherings. Networking meant opening your laptop and logging onto Zoom. Events also had to be reimagined.

As video producers, we never imagined being in the events business. Suddenly, video became imperative for organizations to share their messages. As the pandemic took hold, organizations like ArtsQuest had to reimagine Musikfest 2020. As a longtime partner, we were ready when the call came to help them go virtual. Service Electric provided the platform, we provided some 50 videos of supporters sharing their Musikfest memories, and the musicians came and played. Some were pre-recorded, some were live. The music played on, and virtual Musikfest made a splash, reaching 2.2 million people in all 50 states and beyond. Artsquest Director of Marketing Jon Lunger led the effort, “As an organization that typically presents thousands of in-person events a year, pivoting to a virtual platform for our biggest event, Musikfest, was a gigantic task… to say the least! How do you capture even a small part of the energy of Musikfest on a screen? Well, the videos we created with Countess Communications helped us tell the stories behind what is truly the heart of the festival – the people of our community. Those videos are what helped us elevate a bunch of virtual performances into something much more meaningful and impactful.”

The team at ArtsQuest was onto something. The hybrid combination of live and highly produced video elements resonated with their audience and set the standard for many other events. This Spring, Lehigh Valley Economic Development Corporation needed to keep an eye on the pandemic economy and share the news that we had weathered the storm fairly well. As Liz Martin, LVEDC’s Marketing Director, says, “Lehigh Valley Economic Development Corporation decided to make the shift from in-person to virtual events to share important, regional information. In doing so, LVEDC has reached thousands more via livestreams and virtual premiers. Although we miss gathering in public, we are grateful to be expanding our audience in such a huge way during this unusual time. We now know what videography can do for our organization and will most definitely incorporate virtual elements to events and initiatives moving forward.'”

Fundraising goals also needed to be met during the pandemic. For organizations like the Boys and Girls Club of Allentown, their Fall Showcase became a 30-minute show spotlighting club alum Buffalo Bills Hall of Famer Andre Reed. It premiered simultaneously on RCN cable, online, and on social media. It was such an enormous success; they’re planning to do a video event again this Fall. Deb Fries-Jackson, the longtime CEO of the Boys and Girls Club of Allentown, admits it was a tough call, “Deciding to cancel our Annual Great Futures Gala was such a difficult decision! We love having the chance to celebrate our Club kids and honoree in person. Still, we felt it was necessary to go virtual with everyone’s safety in mind in 2020. As it turned out, our Virtual Fall Showcase allowed our supporters an even better inside look at our Clubhouses than our Gala! Thanks to Countess Communications, our Club kids had fun getting involved with the project. We’re looking forward to another successful Virtual Fall Showcase in 2021!”

The best part of these online events is that the video can be shared in part or in its entirety well after the event is over. We’ve seen pieces of these successful events being used across social channels before, during, and after an event. It’s an asset that keeps on giving! Post-event content posts allow you to stay in touch with attendees and potential donors.

While networking opportunities are naturally reduced, these virtual gatherings have surprised many by attracting a wider audience range than an in-person event could ever have generated. It also costs organizers less to host. There is something special about being together. Networking is not the same on Zoom. A virtual event will never replace in-person networking, but it has kept us connected and engaged throughout this difficult time. We predict video will be a centerpiece of events moving forward, whether online or in person.

The Best of Both Worlds: Hybrid Events

3 Must-Haves To Maximize Your Advertising & Marketing...

Desperate Times Call for Desperate Measures, Or Do...

How do your clients view you? Ask them.

Digital Marketing – What You Need to Know

The 3 “T’s” of Professional Services Marketing

Are you Trending? Marketing Made Easy in 2019