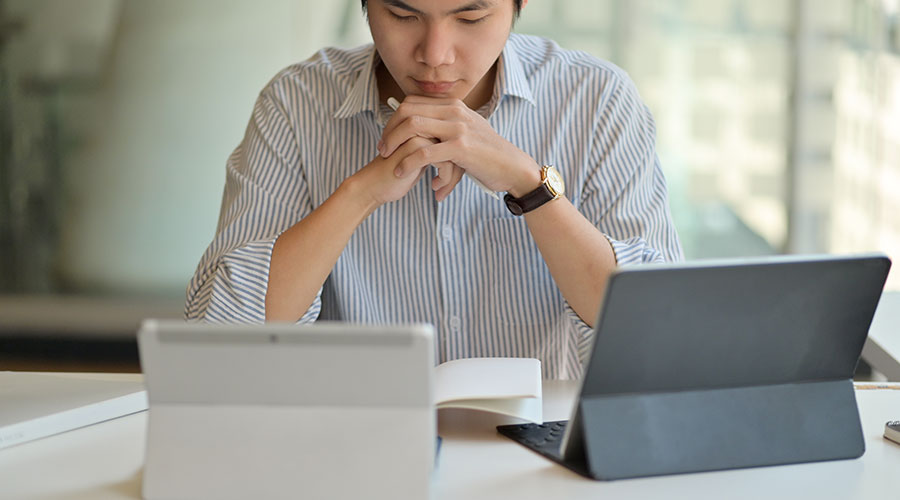 “To say that the COVID Pandemic has had a significant impact in the area of training delivery would be a gross understatement. Ultimately, what would have taken years, or even decades to realize, were compressed into one unforgettable year – 2020. It was an interesting progression that provides invaluable insight and direction for the future.

In the first couple months of the pandemic, our experience was that most organizations initially opted to simply postpone already planned in-person training programs in the hopes that the delay would be short-term. When it became evident the situation would extend, those same organizations shifted to requesting the programs be delivered remotely.

Remote delivery began with great apprehension. Questions and concerns included: would the technology available provide an engaging experience for learners; what were learner time limits for remote delivery fatigue; was practical application and practice possible; and many others. One of the quickest learnings was that  (Zoom and Microsoft teams) had advanced to a place most had not realized. Organizations and participants were surprised at the functionality of these technologies and the better-than-expected engagement that was possible. At the same time, that engagement was significantly impacted by two distinct factors.

First was the need to have all learners on video. In sessions where learners were not required to have their video on, there was a clear and noticeable lack of engagement and interaction. As a training provider, we began requesting clients require participants to be on video as, without that, we saw a domino effect. If some didn’t have their video on, most others would choose to follow suit, and engagement and participation were decreased.

The second was the training provider’s expertise and comfort with delivering training through this modality. End of program evaluations provided organizations a clear indicator of which providers lacked expertise in remote delivery and/or had not effectively altered their content and delivery for maximum impact in a remote setting. Providers who effectively leveraged remote tools such as breakout rooms, polling, etc., were clearly viewed as more impactful and successful by participants.

In these first couple months, the excitement around remote training delivery led to opinions and comments from organizations that it would fully replace in-person training in the future post-pandemic world. This was easy to understand as cost and logistics benefits were so large and apparent that other potential issues were overshadowed. At least initially.

As some organizations began making adjustments to get back to offices, even minimally, challenges with remote delivery began to reveal themselves. First, the captive-audience factor of the early pandemic months began to fade. Remote programs attendance started to drop as some employees were not as available as they had been early on.

Second, hybrid attendance (some in-person and some remote) received harsh feedback from both parties. In multiple hybrid examples, when training evaluations were reviewed, every remote participant commented that the program should either be all in-person or all remote, but not hybrid. Also, when comparing evaluation scores for in-person versus remote delivery, the following were noted; 1) program value scores for remote delivery were always slightly lower than in-person and, 2) participant feedback suggested anything over 90-120 minutes was viewed as “too long” to spend in remote training sessions.

Learnings and the Future

As the pandemic fades, numerous high-value learnings regarding training delivery would not have been realized had we not lived through it. Forward-thinking organizations are already beginning to leverage these learnings as they plan for the future. Including:

Training programs of more than a couple hours have greater value, impact, attendance, and engagement when delivered in person.

The remote technologies available to deliver training were largely unknown/appreciated until now. They can be very effectively leveraged for pull-through, reinforcement, and practice. (Note that this was one of the pandemics’ greatest discoveries. The revelation that remote technology can address one of training’s biggest challenges, reinforcement of skills, is a game-changing benefit).

A successful combination of in-person and remote training presents an opportunity for far greater skill adoption and behavior change than seen in the past, in-person-only model.

Not all training providers/organizations have the experience and expertise to deliver impactful remote training.

Ultimately, for those of us in the learning and development field, we will likely look back on the pandemic as a major milestone in our function, a time when we advanced further and quicker than would have happened without it.

Pat D’Amico has more than 30 years of leadership and management development experience, including combat tours in the US Army and over 25 years in the life sciences (medical device and pharmaceutical). He holds a Master’s in Education and is a Certified Executive Coach from the UC Berkeley Executive Coaching Institute. He can be reached at pat@aboutfacedev.com.

How the pandemic drove creativity and innovation.