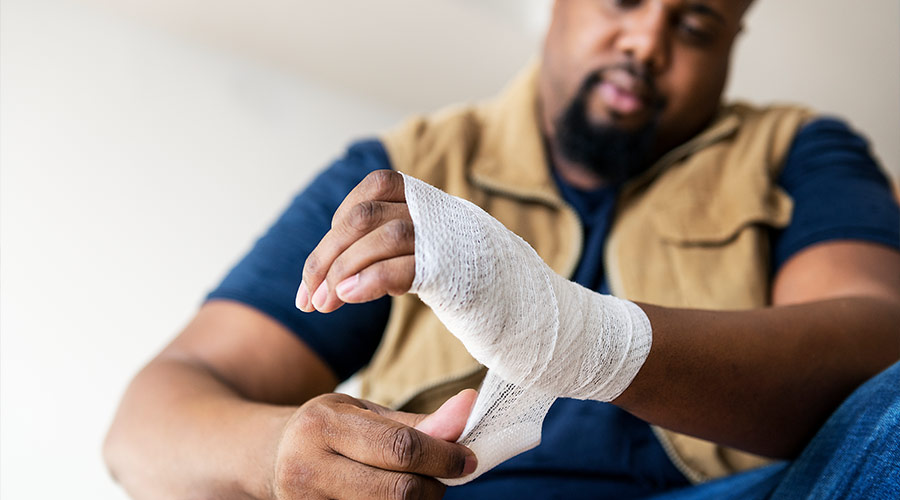 “This is a man’s world,” sang James Brown.  But he certainly wasn’t talking about workers’ compensation.

In 2020, the Pennsylvania Department of Labor and Industry Bureau of Workers’ Compensation recorded 147,918 claims for work injuries.  Of the claims that documented the workers’ gender, 43.7 percent of the injured workers were female. In 2019, that percentage was even higher – with 48 percent of Pennsylvania’s injured workers being female.

Interestingly, the United States Department of Labor reports that women are less likely than men to be subject to workplace injuries. If we are relying on simple numbers, the Pennsylvania statistics do put men in the lead (for a competition that no one wants to win). But looking at my own practice, approximately half of the files on my shelf represent female clients. My women workers span the occupational spectrum – ranging from bus drivers to behavioral specialists, warehouse and production workers, and nurse aides to administrative assistants.

Using the occupations cited above, my clients’ stories include the following:

For the most part, women experience the same injuries reported by their male counterparts.  Yet, some injuries can be seen as disproportionately unique to female employees. Let’s consider Beverly and her carpal tunnel syndrome. Although she developed the condition from her secretarial tasks, carpal tunnel is also frequently seen in manufacturing plants where the assembly of small parts and equipment requires repetitive movement. Carpal tunnel, therefore, becomes one of the most common workplace injuries among women mainly due to the fact that these jobs are often gender-based.

According to the 2020 Pennsylvania data, injuries to the upper extremities account for the most cases reported (arms, shoulders, wrists, hands, and fingers). Injuries to the trunk (upper, mid, and lower back) came in second place. In my own practice, the shoulder has become a repetitive injury with disabling impact.

In both 2019 and 2020, the largest portion of reported claims fell within the “Education and Health Services” field.  That industry includes all those who work in educational services and health care (hospitals, nursing, and residential care facilities and social assistance) – fields that are largely powered by women.

Beyond gender, it may be interesting to learn that Pennsylvania workers in the 25-29 age group sustained the greatest number of injuries in 2020, with the 30-35 age bracket following with a close second.

Regardless of whether you are a man or a woman, age 25 or 45, the rules remain the same. The most important piece of advice that I offer is to make sure you immediately report the injury to a supervisor or manager.  Pennsylvania law requires an employee to report the injury within 120 days of the occurrence.  Practically speaking – the sooner, the better. With an acute injury, the notice clock starts ticking the date the injury occurred; but with a repetitive injury, each workday creates a new date of injury (so long as you continue to perform the aggravating activity.)  Insurance carriers look for reasons to deny claims, and failure to give notice of the injury is an easy defense.

Women, like myself, account for a large percentage of the workforce. Compared to prior decades, women have expanded into traditionally male-dominated occupations.  As the most recent data from the Pennsylvania Department of Labor and Industry reveals, women and men have almost equal injury rates.  And so the lyrics go, “This is a man’s world…But it wouldn’t be nothing without a woman or a girl.”  So true, Mr. James Brown.  Especially when it comes to the demographics of today’s workforce.  And for this reason, I submit: Injuries Don’t Discriminate.

(Note: The names of the clients in this article have been changed to protect confidentiality.)

Navigating the post-Obergefell World: Marriage Equality did not fix all of the legal challenges facing LGBT people

Qualifying to Be a Small Diverse Business