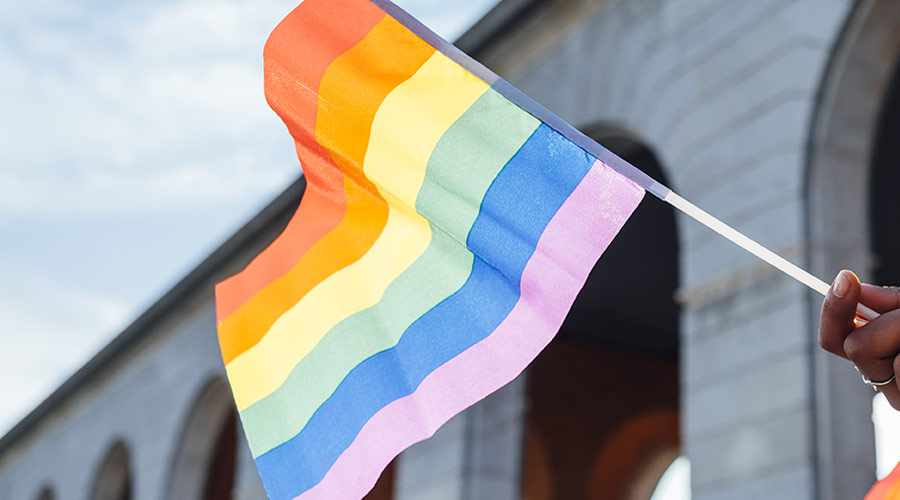 Last month I met with high school students in Delaware County who were discussing ways to make L.G.B.T. (Lesbian, Gay, Bisexual, and Transgender) people more accepted. As a part of that conversation, we discussed what it was like to be an out L.G.B.T. young person in schools. I was immediately struck by how little had changed from when I was in school.

I came out when I was 13 years old. It was 2008, don’t ask, don’t tell was still in place, and I was the only out gay kid in my school. It was still unusual to find gay characters on television. I remember thinking about how much I wished I had representation in society. As I got older, I fought for better protections for L.G.B.T. students. In 2010, when I was 16 years old, I went to Washington D.C.. I asked my congresspeople to pass the Safe Schools Improvement Act and the Student Non-Discrimination Act. These bills would protect students from discrimination based on sexual orientation and gender identity. Twelve years later, those bills have still not passed.

Since 2010, a lot has changed. Marriage Equality is now the law of the land; Title VII now offers protections for L.G.B.T. people from discriminatory practices by employers based on sexual orientation and gender identity, and L.G.B.T. representation in the media and Hollywood has greatly improved. Despite this, though, L.G.B.T. students still face difficulties in school. According to the 2019 G.L.S.E.N. National School Climate Survey, a survey of more than 16,000 LGBT students, more than 9 in 10 L.G.B.T. students still hear negative remarks about L.G.B.T. people. More than half of those students (59.1%) felt unsafe at school because of their sexual orientation. What amazed me the most about my meeting with the students last month was how similar their experiences were to my own. I assumed that because my life had improved so much and because society had changed so much, that things were better for the majority of L.G.B.T. students. But, my assumption was misguided.

I volunteered to meet with these students because of the recent headlines in Florida about the Don’t Say Gay Bill. This bill, which Governor DeSantis supports and is making its way through the legislature, bans classroom instruction on sexual orientation and gender identity for children in kindergarten through 3rd grade and may limit instruction on sexual orientation and gender identity for children in K-12 schools in Florida. There are genuine arguments and debates about how to handle difficult classroom discussions, and I know that there is a wide range of views in America. Our ability to speak openly and honestly about deep disagreements without fear of reprisal is what makes us great. It’s what made me proud in law school and what makes me so proud now as a lawyer.

What I don’t want, however, is for that debate to come at the cost of L.G.B.T. students who are already feeling isolated and alone. According to the National Survey on L.G.B.T.Q. Youth Mental Health conducted by The Trevor Project, only 1 in 3 L.G.B.T.Q. youth found their home to be affirming. Many L.G.B.T. students rely upon their schools to be a safe space for them to be themselves. I am not a school official, and I am not a parent, but I was a gay kid. I know that feeling of isolation. I remember going to donate blood at my school and finding out I was banned because I am gay, a ban that still exists for most gay men. I remember feeling different and wondering whether I would ever be able to feel “normal.” Most importantly, though, I know the impact that a positive experience with a teacher can make. I can’t imagine what those experiences would have been like without supportive people in my life. These conversations are difficult, and I don’t have all the answers. What I do know, though, is that making L.G.B.T. students feel invisible is not the answer. They deserve better than that, and as a lawyer, I believe that we can address the genuine concerns that parents have without making L.G.B.T. students feel like they do not have a voice in schools.

Yours in Service and Success: How to Accept and Fulfill Your Fiduciary Responsibility on a Nonprofit Board of Directors in Pennsylvania