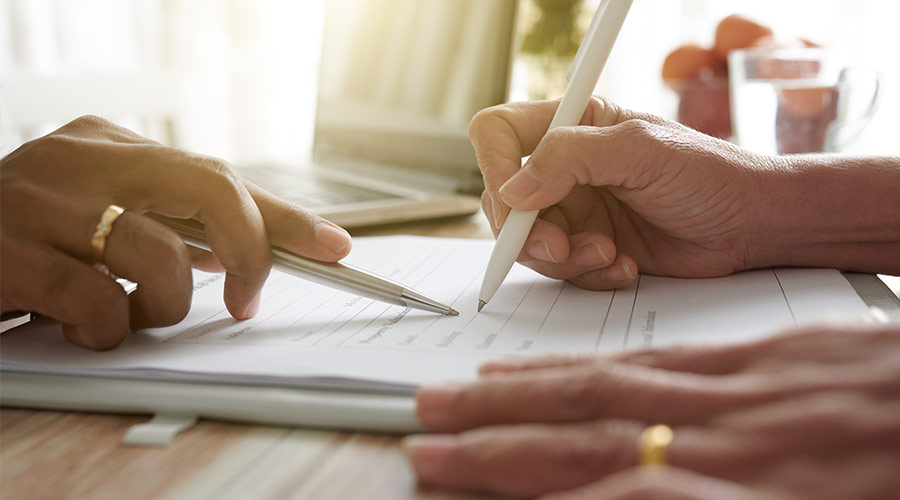 While electronic signatures have been an alternative to traditional “wet ink” signatures for over twenty years and are legal in every state, the growth in the use of e-signatures has increased exponentially as the impacts of COVID-19 accelerated the shift to remote working and the ability to sign documents from anywhere became a priority. Not surprisingly, over 66% of companies that now use e-signature have been doing so for less than two years.

A “wet ink” signature (so named because the ink has to dry) is created when a person physically signs or otherwise marks a document; anything from a stylized, cursive (usually illegible) signature to an “X.”  An e-signature is any form of electronic acknowledgment of a document, including a typed name at the end of an email, the image of a handwritten signature on a document sent by email or fax, a handwritten signature on a tablet or smartphone screen or a “click to accept box.”  A digital signature is an e-signature made by a software program like DocuSign or DocSend, which stores the details of that signature, including a timestamp that the signature was created at a specific moment in time and has not been altered since, serving as evidence of the integrity of the e-signature.

In short, while wet ink, electronic and digital signatures all bind a party to a contract, digital signatures, when used properly, have the added advantage of being more secure, easier to track, and later being better able to establish exactly when and by whom the document was signed.

The biggest problem with digital signatures is not the software licenses, which, when used properly, are the best choice when using e-signature. It’s that most companies that use, and in some cases require, digital signatures don’t know how to use those programs correctly, or, in some cases, maybe intentionally using the program in a way to frustrate the review of the document by appropriate parties prior to it being signed. These companies have the signing process nailed down; in many cases, the first draft of the document received requests that it be signed and returned in 24 hours.  What those same companies don’t know how to do, or at least claim they don’t know how to do, is to send the document in a manner that allows one or more parties to first review (and with some software packages make requested changes), prior to the final version being sent to the ultimate signer.

In most businesses, the people at the front line of getting contracts signed are salespeople, not lawyers. They are focused on and rewarded for getting the contract signed, not negotiated. Obtaining e-signatures on contracts has in many cases become the digital equivalent of the stereotypical salesman from the 1960-something, after a three-martini lunch, asking you to “sign on the dotted line” of the contract that he just happens to have in the breast pocket of his loud, 100% polyester, sports coat.

In order to be able to take advantage of all the benefits of e-signature without falling prey to the pitfalls, every company needs to adopt and strictly enforce an e-signature policy – something I expect you did not do when you started using e-signature during the pandemic.  Your e-signature policy should set forth at a minimum, a list of employees that are authorized to e-sign a document, the parties that must review that document (legal, accounting, etc.) before it can be e-signed, and a process to receive and retain fully signed copies of each e-signed document (Hint: looking for it in your email inbox when questions about the contract arise is not an appropriate method of contract retention).

When a third party asks or requires you to use an e-signature, your response should be a conditional “yes” – as long as they comply with your e-signature policy.  The digital equitant of the guy in the shiny sport coat on the other side of your email exchange may need to jump through a few hoops to make it happen, but they can and will do it. After all, what they really want, electronically or otherwise, is for you to sign.

Why Belong to a Credit Union?

Prenups for the Every (Wo)Man