2021 Proposed Federal Tax Law Changes: It Ain’t Over ‘Til It’s Over. But What Should You Do Now? 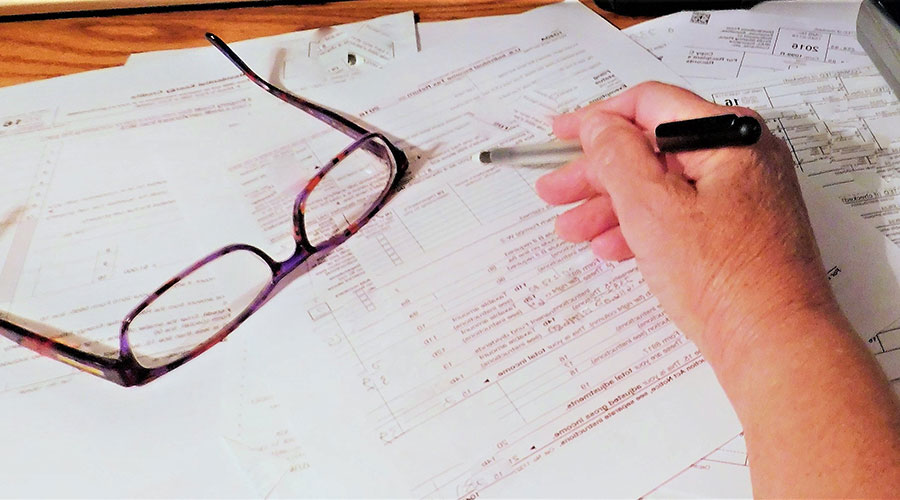 On April 28th of this year, President Biden announced his proposed changes to Federal Tax Law that include, among other things, increases to certain ordinary income and capital gain tax rates, elimination of the basis “step-up” in excess of certain amounts, and changes to the Federal Estate and Gift Tax laws. These proposed, significant changes are by no means the only such proposals advanced by Democratic legislators—such as Senators Biden, Warren, and Van Hollen– since January, but President Biden’s are, as of the writing of this article, the most recent. And he elaborated on his plan more recently, on May 28th, with the release of his proposed 2022 fiscal year budget.

President Biden’s proposed changes include the following, under his American Families Plan:

Tax Increases: 1. Increase of the top marginal tax rate from 37% to 39.6% for taxpayers earning over $400,000 annually. 2. Increases capital gains rates to a top rate of 39.6% (the top rate to apply to taxpayers earning over $1 million). Surprisingly, this capital gains rate increase is proposed to take effect retroactively to the date of President Biden’s May 28th announcement, making careful tax planning more difficult for those with appreciated investments or other appreciated assets. 3. More “consistent” application of the 3.8% Medicare tax to those earning over $400,000 per year. The proposal does not clearly define how these income thresholds apply to single taxpayers versus married taxpayers filing separately.

Taxes at Death: 1. Elimination of the unlimited “step-up” in the cost basis of assets held at one’s death, limiting it to $1 million per deceased taxpayer. The proposed $1 million limits would include any exclusion of gain on the sale of one’s principal residence. Current law allows the cost basis of an asset owned by a decedent to become its date of death fair market value, thereby eliminating any lifetime capital gain on an appreciated asset. Unlike the sweeping and momentous proposal of Senator Bernie Sanders, which would reduce the Estate and Gift Tax exemption from the current $11.7 million per person to $3.5 million, restrict and reduce the use of the current $15,000 per person per year annual exclusion, and overhaul the tax efficacy and restrict the use of multigenerational “Dynasty” trusts, GRATs, and Grantor Trusts, President Biden’s proposal is silent as to any of these such changes.

Increased IRS Enforcement: The American Families Plan would increase the resources available to IRS to pursue enforcement of tax laws against taxpayers with more than $400,000 of income. Specifically, President Biden has proposed a major expansion of the IRS that would double its enforcement staffing and allow it more latitude in combating tax avoidance and result in significant increases in the probability of audits. His proposal includes an $80 billion funding increase for IRS over the next 10 years and projects that the plan would generate about $700 billion over 10 years in net revenue.

As this proposal finds its way through the legislative process on Capitol Hill during the next few or several months, what should you do to plan effectively?

Have you specifically considered the effects of the 2021 Biden and other tax proposals and the effect of the various rate increases and loss of step-up rules vis-à-vis your current Estate Plan?

Can you minimize or prevent unnecessary income tax or Federal Estate or PA, or other state Inheritance Taxes with certain current planning techniques?

Should you sell certain assets now to preclude income and death taxation at higher rates that appear likely in the future?

How will your current estate plan and your intended beneficiaries fare in light of the loss of the unlimited step-up in basis?

Have you considered a conversion of your current traditional IRA to a Roth IRA in 2021?

Have you evaluated the potential benefits of one or more Spousal Lifetime Access Trusts?

Does your current Estate Plan—including all beneficiary designations you have on file for your 401(k), 403(b), and other qualified retirement plans or IRAs—adequately include any desired charitable organizations as beneficiaries, and in the most strategic manner?

The Tax Proposals under consideration on Capitol Hill are several and varied, each with potential and momentous consequences to your estate and tax plan. Expect and take note of developments in the negotiation of these new laws and their proposed effective date over the next few months.

An Allentown native, Judith A. Harris, Esquire, LL.M (Taxation) is an Equity Member of the law firm of Norris McLaughlin, P.A., a full-service business law firm (including Immigration Law, and a member of the MeritasTM Law Firms Worldwide network) with offices in Allentown, PA, Bridgewater, NJ, and New York City, and Co-Chair of the Firm’s Estate, Trust and Individual Tax Practice Group.

Working From Home The Second Time Around